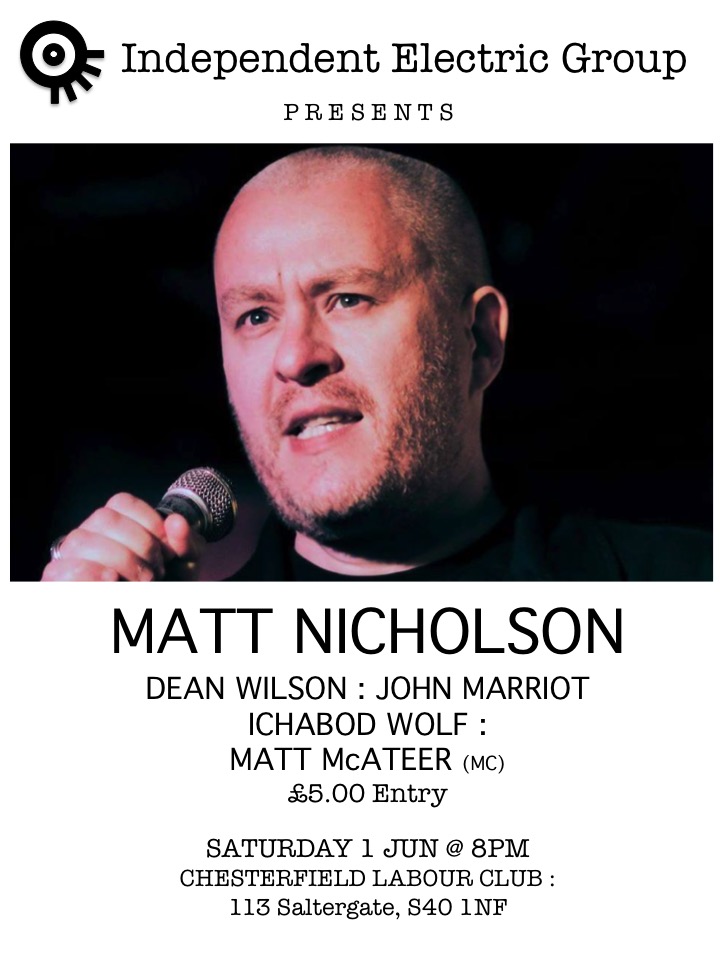 We’re back with the first of 3 fantastic events through June 2019! We start the month with 2 top poets from Humberside and a returning favourite from Nottingham.

Matt Nicholson’s poetry is sometimes dark and intense, sometimes heartfelt and funny, always honest. His second collection, We Are Not all Blessed With a Hat-Shaped Head was released in March 2018 on the Staring Owl imprint and he capped off the year with a nationwide tour with Matt Abbott.

Dean Wilson suffers from Poetry Tourettes, a condition that affects one in every ten people in Kingston Upon Hull. But being Hull’s Fourth Best Poet is not without complications. Sometimes Dean gets overcome with the emotion of it all, and has to escape to the seaside. Sometimes Dean gets sad, but he doesn’t mind too much, because at least he’ll get a poem out of it. Most of the time, though, Dean is a happy soul. And sometimes he’s so happy he’s not safe on the streets, which is the title of his magnificent debut poetry collection: “Every bit as brilliant as Larkin, but a million times funnier” (Dave Lee, The Guardian)

Joining the poets will be Nottingham’s returning master of witty deadpan malevolence John Marriott, who has previously taken the roof off the Labour Club with songs drenched in laid back misanthropy and Chesterfield Labour Club’s resident genius Ichabod Wolf.

All this plus the friendliest and cheapest bar in town, all for a fiver. See you there