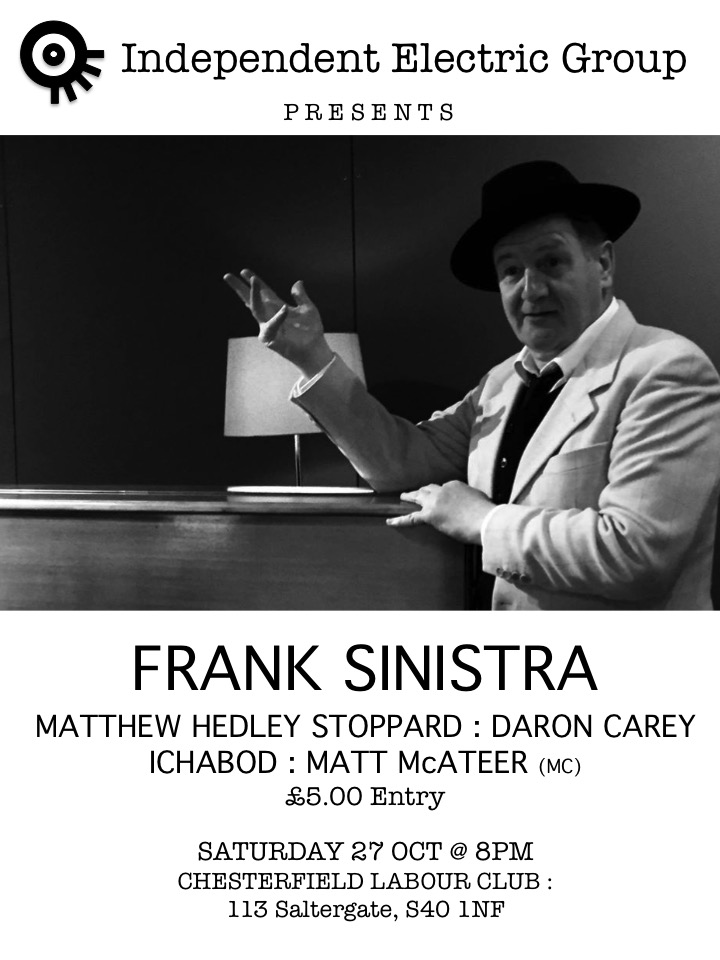 Frank is an ex-News of the World journalist, who now sings songs in a bar, whilst conducting his PR consultancy business. Meanwhile, his wife on whom he has cheated does not return his calls. Inside stories and saloon music from modern media. Critically acclaimed during his stint at this year’s Buxton Fringe Festival, and following his success at winning the Fringe Small Group Award winner 2016, it’s a pleasure to see Pieter returning to Chesterfield Labour Club.

Joining him on the night will be two of our favourite poets, Matthew Hedley Stoppard and Daron Carey, along with Chesterfield Labour Club’s resident genius on the cusp of the release of his magnificent debut album, the mighty Ichabod 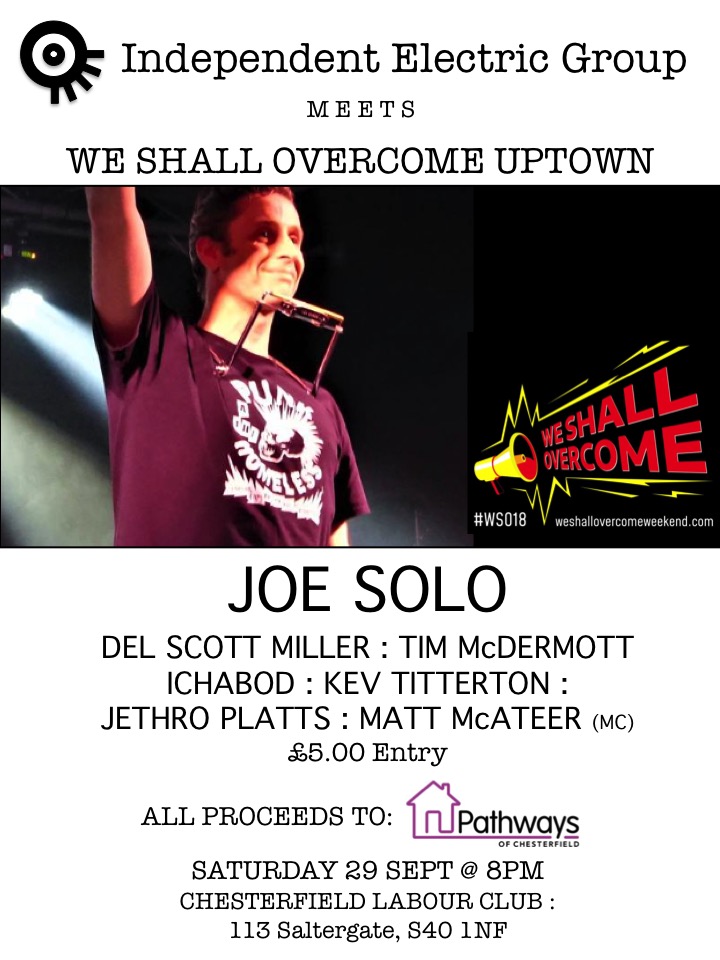 This month sees Independent Electric Group meet We Shall Overcome Uptown with all proceeds going to Pathways of Chesterfield, a service for the homeless and those at risk of homelessness in Chesterfield and North East Derbyshire.

Joe Solo is an award-winning musician, writer, poet, activist, broadcaster and washing machine engineer from Scarborough. His musical odyssey began in 1987 fronting a bash-em-out band at school and has seen him play seven countries either as lynchpin of pop-punk upstarts Lithium Joe or hammering out his unique brand of Folk, Punk and Blues in his own right. In May 2015 Joe helped create WE SHALL OVERCOME, a campaign pushing for a positive response from the music community to the poverty and hardship inflicted on ordinary people by the government’s austerity program. Since October 2015 the movement has organised more than 850 gigs in 142 towns and cities across 9 countries on 3 continents raising an estimated £360,000 in cash, food, clothing and bedding for those hardest hit. WSO scooped the ‘People’s Choice’ gong at the annual Yorkshire Grassroots Music Awards on 16th October 2015, and on the back of his efforts The Morning Star named Solo ‘Human Being of the Year’.

Joining Joe on the night will be music from Del Scott Miller, Tim McDermott and Chesterfield Labour Club’s resident genius Ichabod, along with poetry from Kev Titterton and Jethro Platts

Donations including sleeping bags are welcomed.

£5 entry, cheap bar, great crowd and great cause. See you there